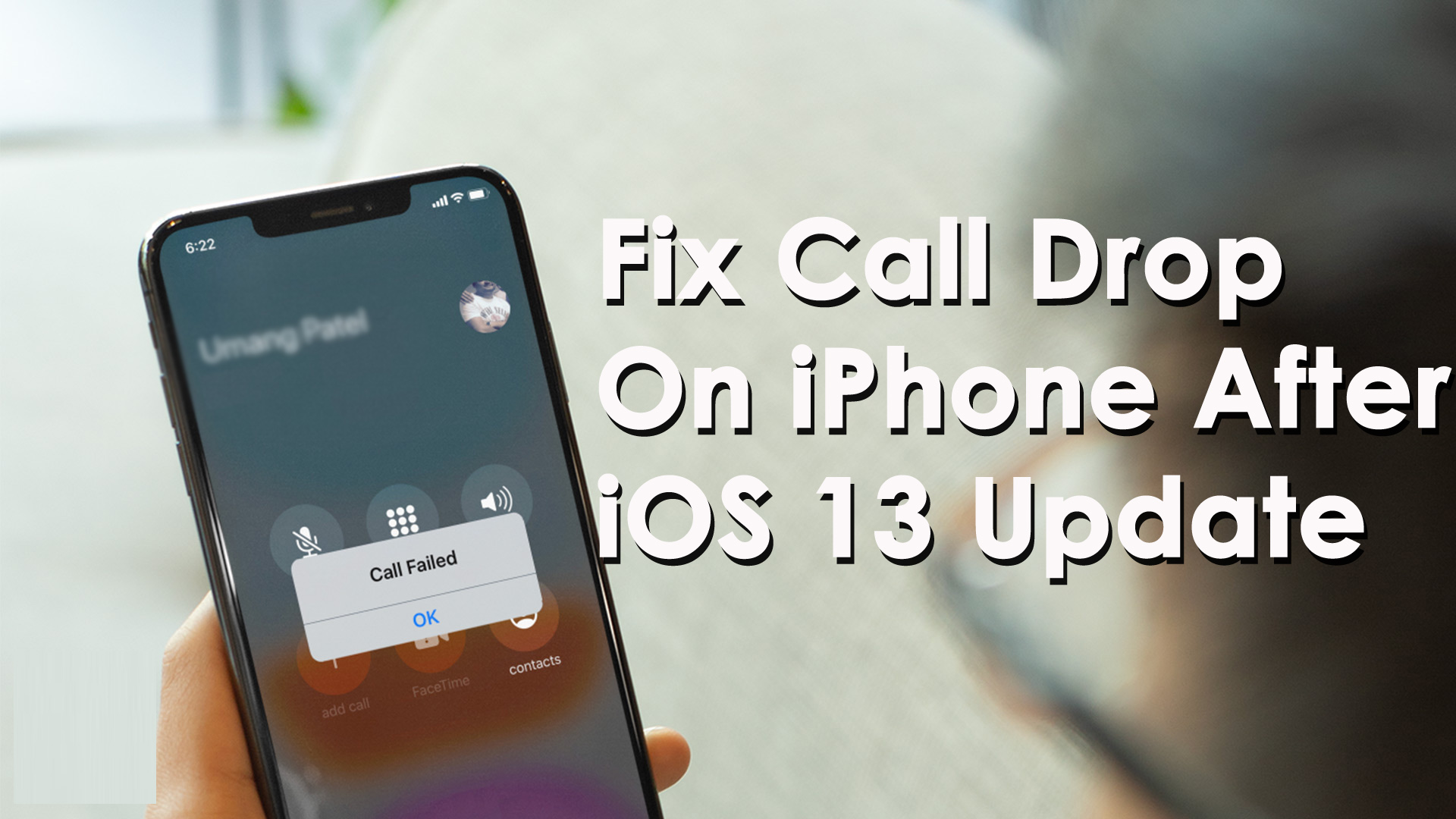 Did you updated your iPhone to latest iOS 13 and hopefully everything is going well?

But most of the users have reported that they were coming across several issues after upgrading their devices to new iOS 13/13.2.2 update.

Among several issues, call drop was one of them. The issue was reported by several users, showing their frustrations and irritation of how to deal with it.

I would like to tell you that after the release of iOS 13, plenty of users have been running into several problems. Even the latest (iOS 13.2) update was also not enough to fix such iPhone dropping calls after updating to iOS 13.


But there are several alternative solutions that can help you to Fix iPhone Dropping Calls in iOS 13. So here in this blog, I have gathered few ways that can solve call drop on iPhone after iOS 13/13.2.2 update.

Hey I’m having a problem with calls being dropped every couple minutes. Is anyone one else having this issue? Using a Xs and it has been with AirPods and CarPlay.

Over tried with WiFi assist turned on and turned off.

My calls keep dropping since I’ve done the IOS 13 update. Any idea when a fix will be out?

Now without wasting any time, let us go through the solutions that can help you to fix iPhone call drop after iOS 13 update.

On iPhone 8 or above 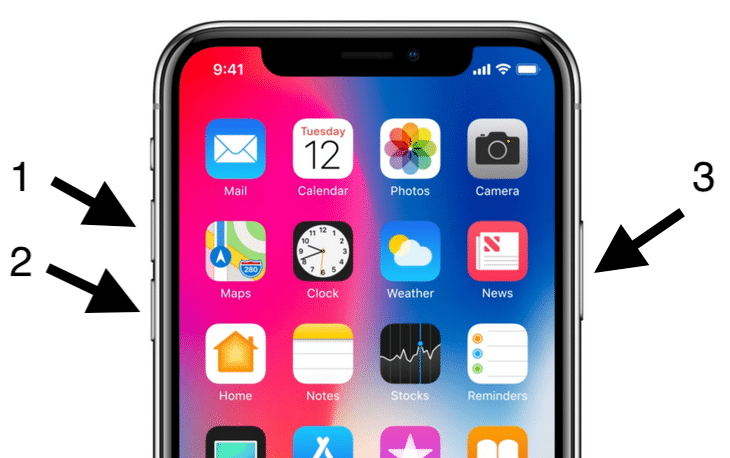 On iPhone 7/iPhone 7 Plus

On iPhone 6 or earlier 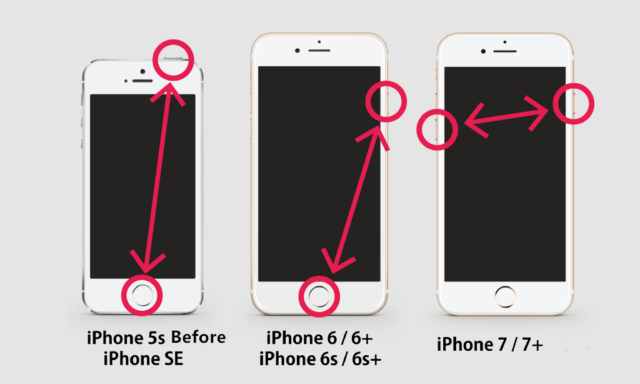 Solution 2: Turn Off And On Airplane Mode

The call-dropping problem can also be due to Airplane mode. But the issue can be solved by simply toggling Airplane mode and iPhone dropping calls will be stopped. 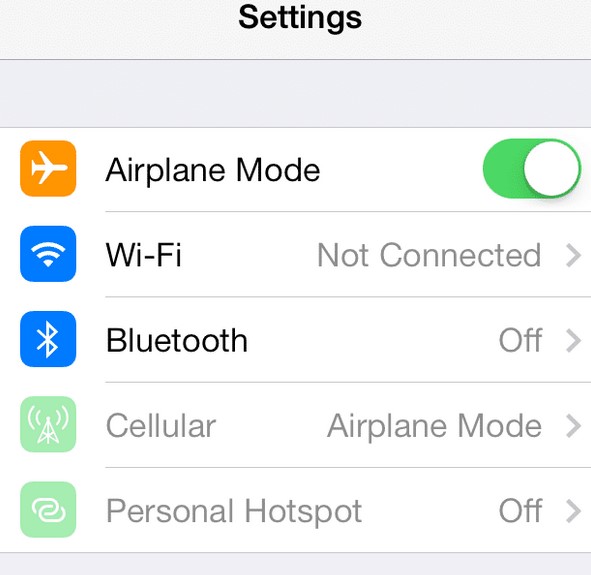 That’s it, now check if call dropping issue was resolved or not. If not, then move to next solution.

When the same issue is continued then you should switch to different network band. This can solve call dropping on iOS 13 as the issue might be because of alternative network strength that totally depends on location.

Follow the below steps to switch different network band:

Step 3: Here choose an alternative network band so that call dropping on iPhone after iOS 13 update can be fixed

There might be an update available for carrier settings and if you have not updated it then it’s the culprit for the issue. Generally, network providers release such updates so that phone’s capability increases.

So you should once check whether there is an update or not: 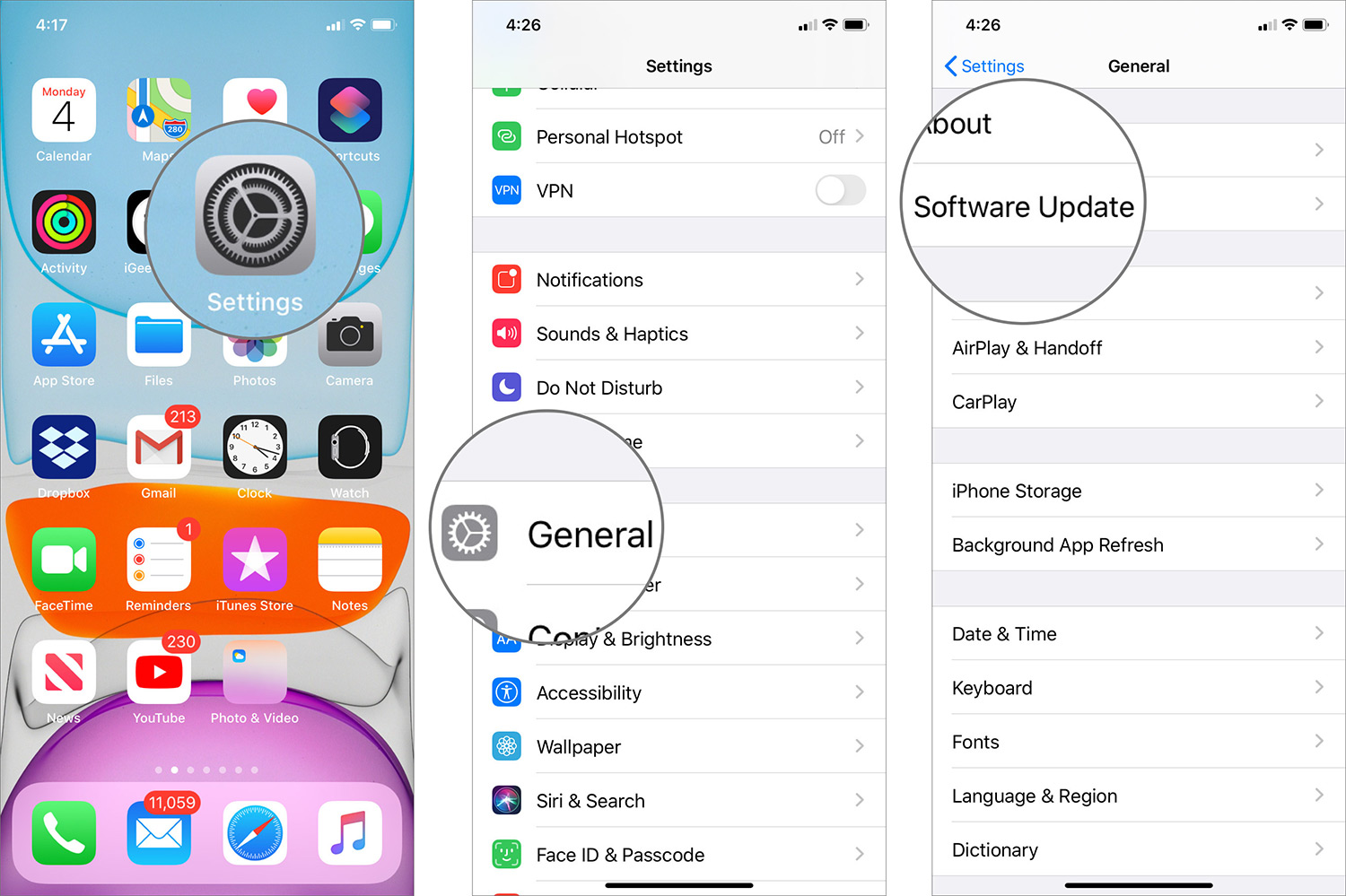 After that time is over, you will get a popup saying “Carrier Settings Update” when one is available. Now simply click on “Update” option, that’s it.

Many times when call forwarding is turned off then it can lead to such call drop issue on iPhone. So once you should check this by following the below steps:

Many times the issue is on iPhone’s SIM card but it is a rare case. But you should once try to pull out your SIM card and again put it back. Simply power off your device and look for small SIM on your iPhone. Take it out and after few seconds, again insert it, and then turn on phone. This time your call drop issue might be solved.

Solution 7: Turn Off Do Not Disturb

If you have enabled Do Not Disturb option then remember that all your notification alerts and calls on iPhone will be locked. So, whenever you come across call drop on iPhone after iOS 13/13.2.2 update then this might be the culprit.

Remember that if this feature is enabled then you will see a crescent moon sign on status bar. But you need to turn off and its very simple. 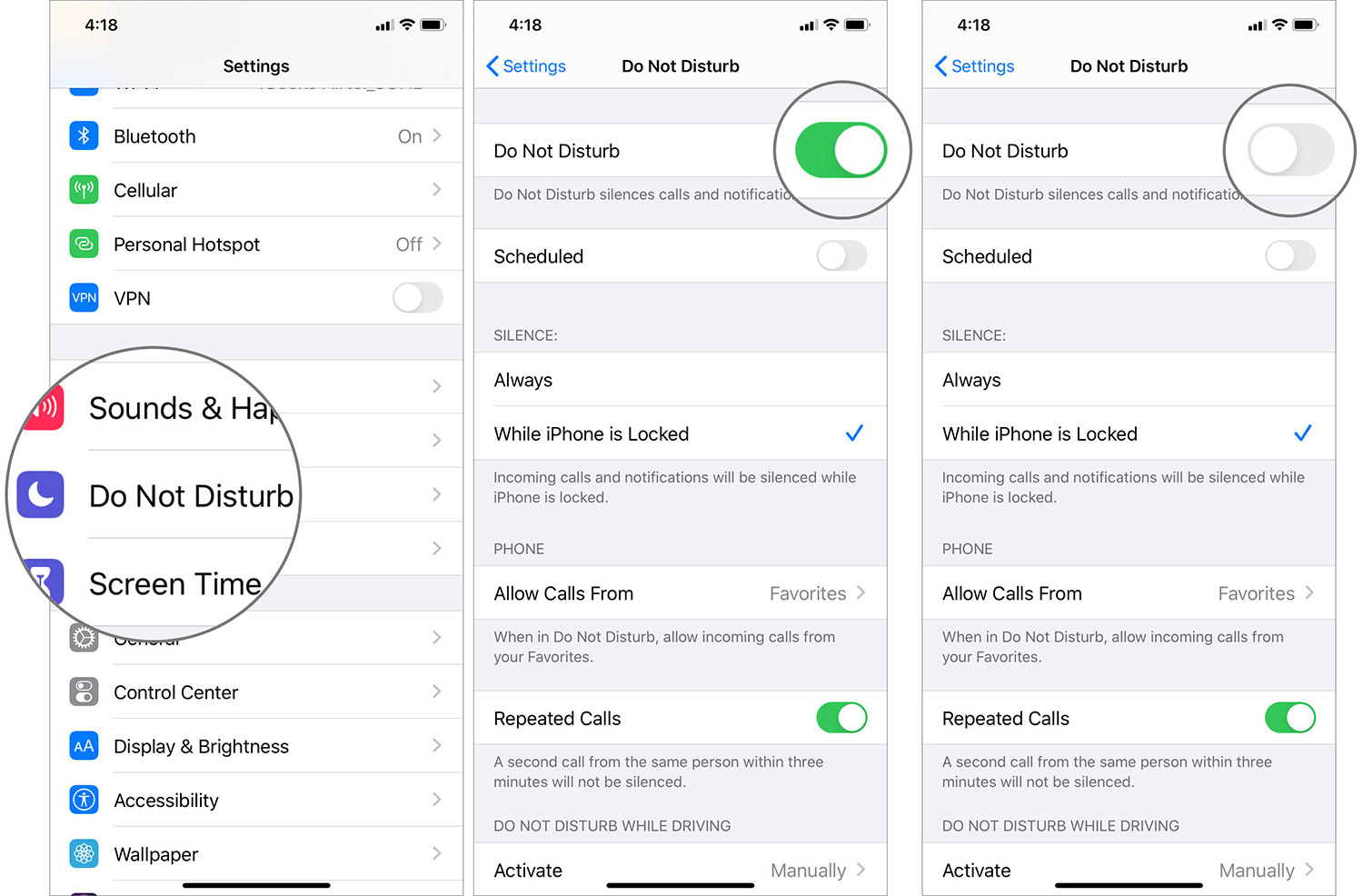 When nothing works for you then try to reset network settings on your phone. Many users have reported this method to be effective.

Simply go to Settings > General > Reset and then click on Reset Network Settings. Also remember that you have to reconnect all Wi-Fi networks and then have to reconfigure few cellular or VPN preferences. 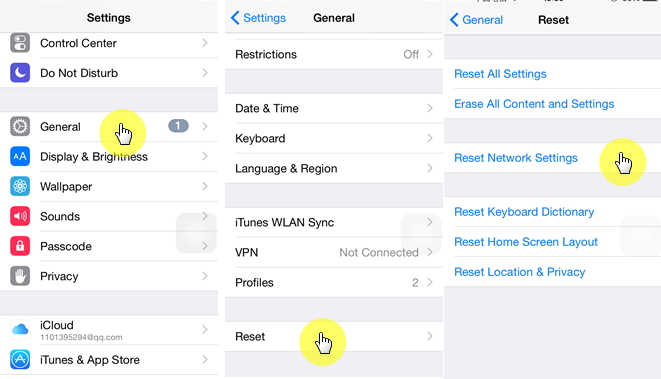 There are some users who have reported problem while using Wi-Fi calling feature on iPhone but its not clear whether the issue is directly connected to missed calls or not. Though its possible that a bug can lead to such problem.

So, you should try to make or receive call with Wi-Fi by enabling and disabling just to see the difference. Simply go to Settings > Phone > Wi-Fi Calling to turn on the settings on or off. 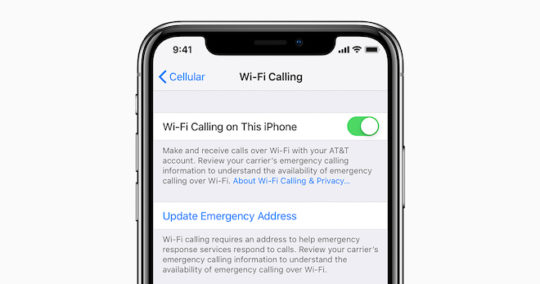 Solution 10: Check Whether Silence Unknown Caller Is Switched On

When you don’t want to receive an unknown callers then you have the best feature “Silence Unknown Callers” under “Phone”. Though this is useful but sometimes it becomes risk as your friend might call you from new number and they can’t reach you. In this situation, you need to fix call drop on iPhone after iOS 13 update by turning off the feature.

Step 1: First, go to Settings on your iPhone 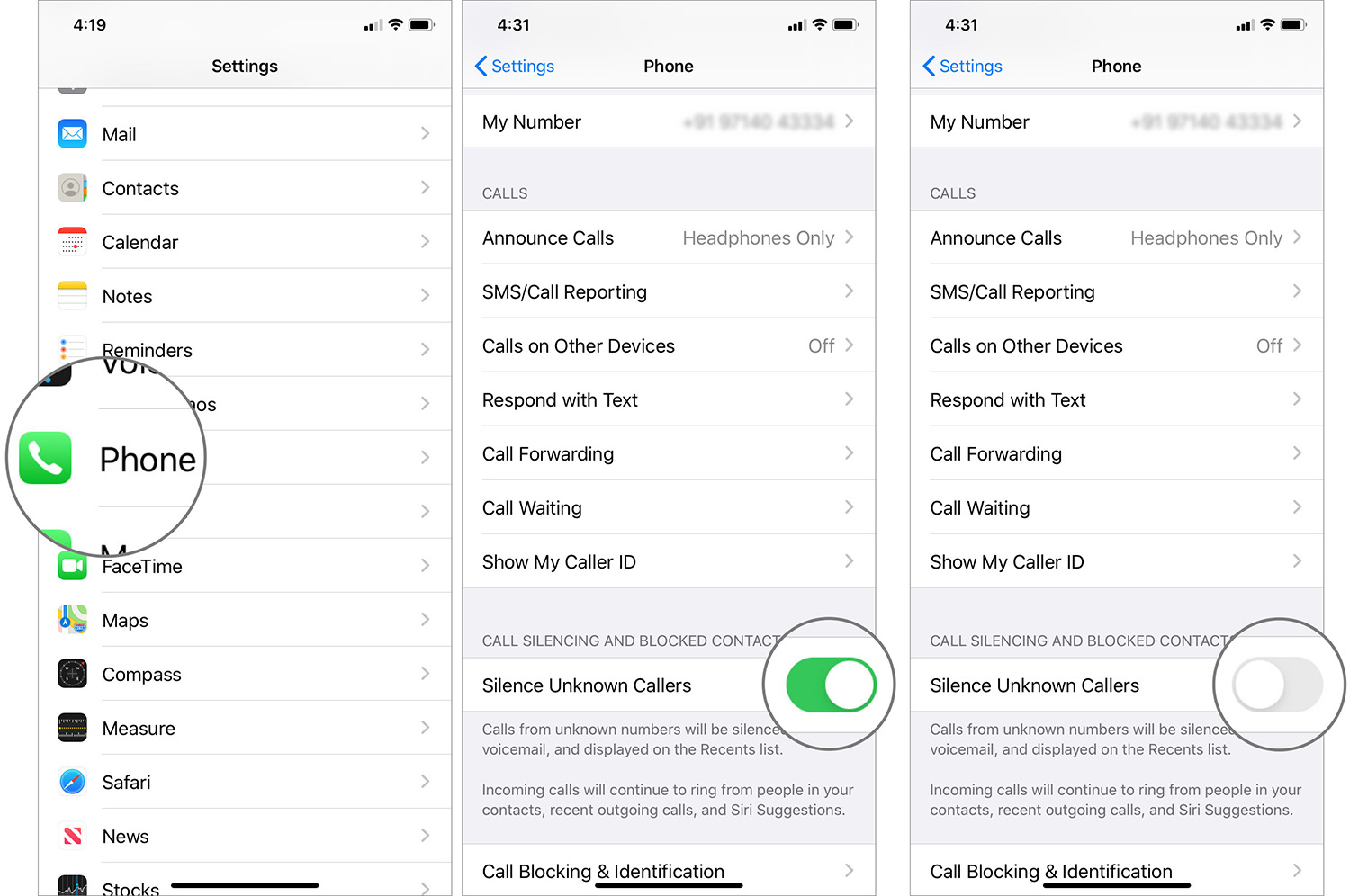 When you are still facing call drop issue on iPhone after iOS 13 update then you should contacts your carrier for help. Check whether your account is active or not. And you can tell your carrier provider to reset cellular connectivity from their side.

After following all the above solutions, if you still experience the same issue then one of the best ways to get rid of it is by using iOS System Repair. This is an amazing tool that fixes any kind of iPhone errors or issues with ease. Using this software can fix call drop on iPhone after iOS 13 update and other errors as well.

Its easy to use and whenever you come across any kind of iPhone errors then simply use this software. But before that, you need to Download iOS System Repair.

Well, iPhone users always come across several issues after upgrading their device to new iOS version. Call drop on iPhone after iOS 13 update is a common situation to deal with and to get rid of it, i have discussed several solutions in this blog. Just follow them completely to fix the error.

Further, if you have any suggestion or queries then don’t forget to drop them in below comment section.