Fortnite Mobile Keeps Crashing On iPhone XR/XS/XS Max- Here is How To Fix? Skip to content 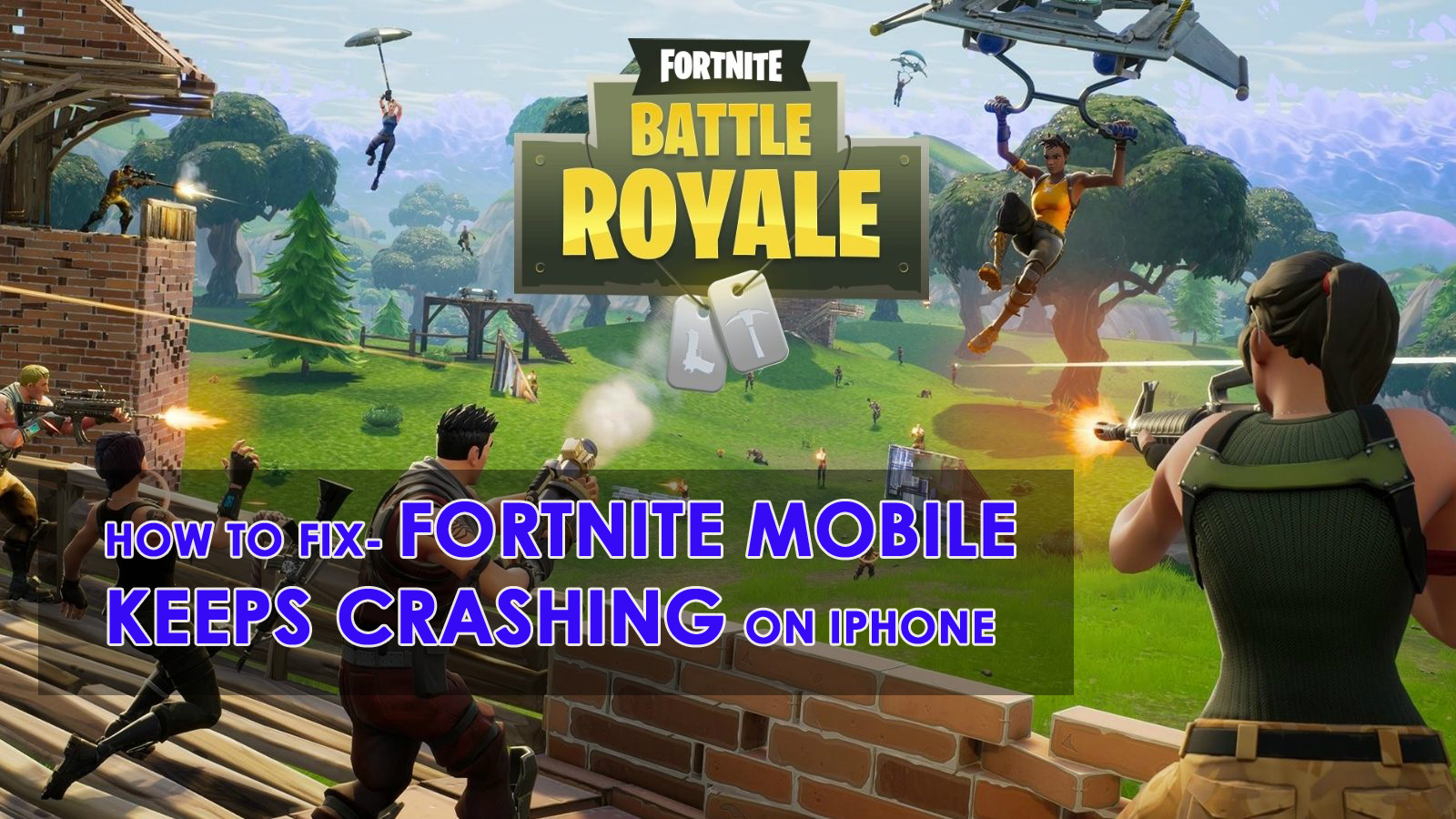 What is the most EXCITING game you have ever played on your iPhone/iPad?

Obviously, there are many and I think all are interesting to play. But Fortnite is another level game that has huge response and very much popular among users. This is one of the biggest games on Earth right now and its release has taken game lovers to another world.

But as you know that no game can be perfect so Fortnite too is no different. Users have reported that they are coming across Fortnite Mobile Keeps Crashing issue and they don’t know what to do.


So today in this blog post, you will definitely get to overcome the problem that you get while playing Fortnite game.

Fortnite is launched by Epic Games and is one of the high-resolution game released few months ago and until now, it has attracted millions of gamers and still attracting people around the world. The game is only for iOS users and will be available soon for Android version too.

Fortnite is available for iOS users and gamers are just diving in this game as it was released. But the game is still new and as the game is getting response from Fortnite lovers everyday, obviously there are lots of room for any error to occur.

If you want to know more about fortnite, click on: https://www.imore.com/fortnite-everything-you-need-know

The game is a limited invite event but users are just in a hurry to play it without any fail. Due to its massive load, few users are coming across the app crashing issue. If you look around then you will see even larger games have issues so why not Fortnite?

If you ran to Fortnite mobile keeps crashing issue then just quickly dive in and know about the error you are coming across while playing it.

Though the Fortnite is a very smooth game to play but if the app crashes in between then it’s a frustrating situation for any game lovers. But you don’t have to worry, as I have gathered information on how to get rid of Fortnite mobile keeps crashing problem on iOS.

Why does Fortnite mobile keeps crashing on iOS?

Not only Fortnite but several other games can crash anytime on your phone. Especially when you play massive game like Fortnite on your device then chances are high of its crashing. After few researches, I have found few possible reasons that makes the Fortnite mobile app crashing.

Note
– Previously, every game was easily downloaded on iPhone/iPad without any compatibility issue but with Fortnite, the thing is different. This game requires minimum 2GB RAM to play. If you have iPad Air then it has only 1GB RAM, which is not supportable. So if you love this game and want to play on iOS devices then ensure your phone has 2GB RAM like iPad Air 2 and iPad Mini 4.

Here, I have mentioned the iPhone models that are compatible with Fortnite. Ensure you have one of these devices if you are a game lover and want to play Fortnite on it. They are:

Also Read: iOS 12 Devices Compatibility and Things To Do Before Installation

Basically, the issue that was found by some users was the common one. Some iPhone users were trying to play this game on their iPhone 5 and iPhone 6. Already it was stated that these iPhones are not compatible for the game as they don’t have the power to run such type of heavy games on their phones.

If anyone trying to play massive game like Fortnite on iPhone5/6 then it needs to be upgraded first to any new device.

The other issue is users are playing this game without any invitation code. The game requires redeeming an invite code and without it, crashing of the app is a common thing. So, players should know that until they have an invite code, they cannot play this game and have to wait for that.

Further, if you have issues continuously with this app the try to restart your device as doing this will clear memory cache and the errors running on background will get clean, hence removing errors from iPhone.

What to do when Fortnite crashes on your phone

Fortnite game is one of the best and popular games on iOS devices. This game is a massive one where users have option to play single player or multiplayer. But the problem is that this game supports iOS 11 or its later versions.

It also means that if some iPhone users with low versions try to play this game then they come across app crashing issue on their devices.