Truecaller is one of the known app that has maintained its quality and supporting to people especially in countries like India.

People there install this app immediately after they buy a new phone or when they reset their old phone.

This app is a Sweden based company and users always looks for some new features on it so that it can completely satisfy users.

But now Truecaller has come up with its new update for its users and people would love to have this feature on it.

So let us know what Truecaller has come up on its new feature.

Truecaller is one of the popular Caller ID app that is used by million of users not only in India but other countries as well. It is now spreading its approach by adding some new features like backup and restore, letting users to backup all contacts, call logs and blocklist to Google Drive.

It means that this latest update will now allow you to sync all your important data. This new feature from Truecaller for Android devices is named as Truecaller Backup.

With the help of this feature, users can connect Truecaller accounts directly to Google Drive that is used to store apps data such as call history, contacts, app settings, and blocklist. This update is officially announced and expected to cover on every Android devices.

Truecaller Backup’ has been one of the most requested features by its users and will simplify a user’s transition to a new phone or SIM card by securely backing-up their contacts and settings and stored on your Google Drive, the company said in a statement. 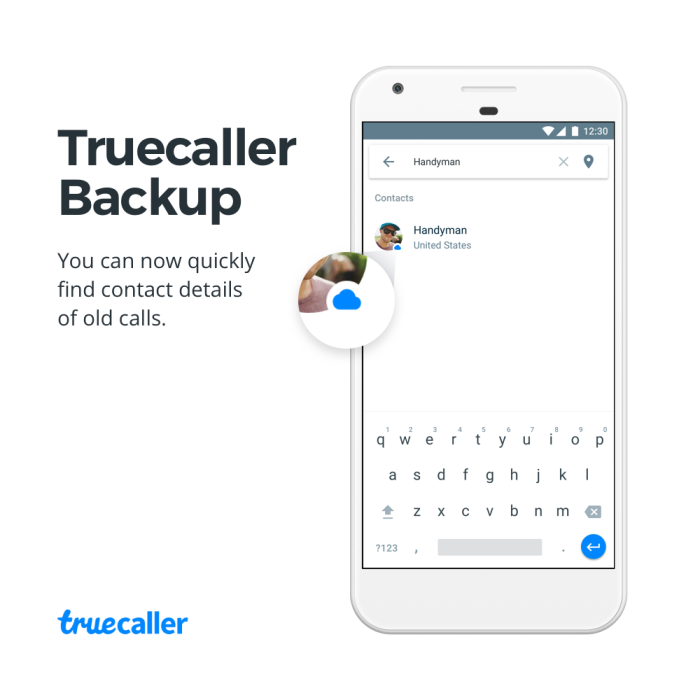 Every day, thousands of Truecaller users are switching to a new phone, getting a new SIM card, resetting their device, or in general having to start their Truecaller journey anew. This inevitably leads to lost contacts, blank call logs and lost data,” the company says in a statement

As per Truecaller statement, it says that Truecaller is always ready to respond customer requests and so many users have requested to add backup feature in the app and so it has done for its customers.

With this new feature, every users will be benefited especially those who wants to switch between handsets and SIM cards.

In addition, users can even set the data backup frequency. Aand later on restore to the last saved state via Google Drive.

Another feature of Truecaller app:

Yet another important feature added by this amazing app and that is Truecaller Contacts. It works very simple. Whenever anyone calls you and you don’t save the number then this app does the job for you.

It will backup all the number automatically that you have ever received from any call, messages etc.

Now whenever you want to find the contacts, simply you have to type in the app’s search bar and its done. Apart from this, the app also has other features such as Last Seen, Flash and Contact Availability.

By this way, it will be easy to communicate with anyone you like from your contacts and there will be no need to make a call.

If you are using Truecaller app on your phone and if its update is available then it will show a popup to backup all your contacts, blocklist, call history and settings to Google Drive. Even this feature can be enabled  by directly going to settings.

Now, follow the below steps to backup contacts on Truecaller:

Step 1: First, you have to choose Menu button and then click on Settings

Step 3: Here you have to select Google Account for backup. Users can also select whether they want to backup daily, weekly, monthly or on demand.

How to recover Truecaller history?

Several Truecaller users have a question in their mind asking how to recover the history from the app. They were unable to find the search history along with their call log in the app.

For their convenience, Truecaller has provided few steps to access those:

Step 3: Here you can see all incoming and outgoing calls along with Truecaller search history

How to remove number from Truecaller app?

Its not a difficult thing. You have to simply go to www.truecaller.com/unlisting and there you have to enter the number you wish to remove. If you are already using Truecaller and verified your number then you should Deactivate your account first by clicking on More button > Settings > About tab > Deactivate account.

Is it possible to know anybody if I searched them on Truecaller?

The data on Truecaller is a crowd-sourced from millions of users who use this app on their phones. If you are a simple user on this app then there will be no notification to the person you are searching for until you tap on ask details.

But if you have a premium subscription on Truecaller and if someone searches for your name or views your profile then obviously you will get notification.

How to backup and restore Truecaller app data?

Several users uninstall the app for any reason. For them as well as others, now there is no need to worry because this new feature does a lot and recovers everything. Truecaller creates a private folder on Google Drive to store all files.

Steps to enable backup on Truecaller 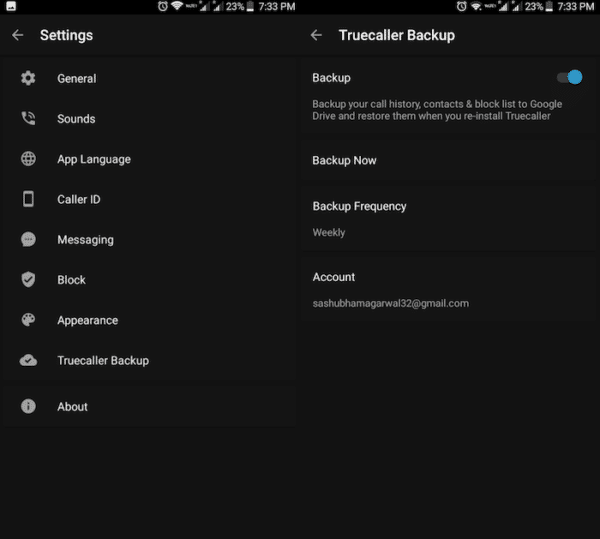 How to backup and restore contacts using professional tool

Well, many times it becomes necessary to create a backup previously so that you don’t have to deal with any kind of data loss situations. It’s a common thing to see from several users that they don’t ever create a backup of their essential files. And later on they have to suffer a lot to get back the deleted files.

In this condition, using a professional tool to backup all crucial stuffs and restore anytime can be possible. Android Backup & Restore Tool is one such professional software that is used to backup all your essential data and contents from your Android device and later on when any unexpected situations occur then with the use of it, the data can be easily restored.

This powerful program can be used to backup and restore any data like contacts, photos, videos, WhatsApp messages, call history, documents, and many others. It works effectively for any Android devices for any OS and without any difficulty.

So, without any hesitation, you can simply Download Android Data Backup & Restore to backup all your essential contents in safe and secure way and later on restore when required.

Follow the steps to backup and restore contacts from Truecaller

Part 1: Back up your Android phone

Launch the software first and then select “Backup & Restore” option

After that, connect your Android device to computer via USB cable. Also be sure that you have enabled USB debugging mode on your phone. Now here if your device have OS version 4.2.2 or above then popup window will occur asking you to allow USB debugging, so press OK. 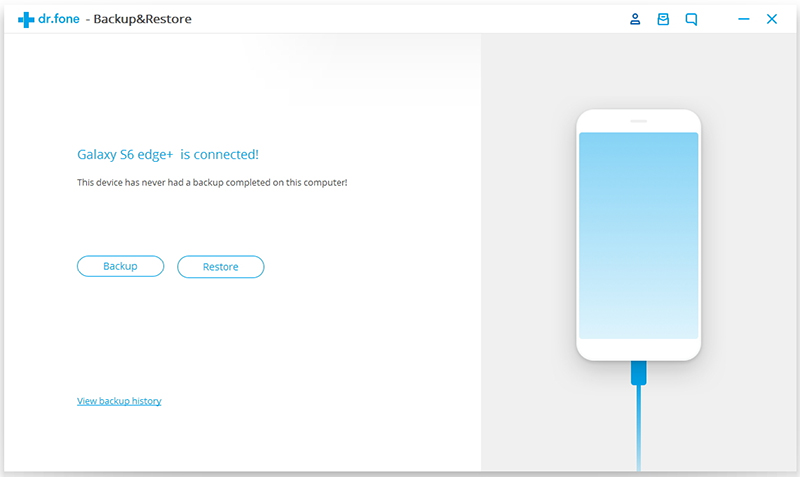 Step 2: Select file types to back up

When the Android device is connected, now you have to select file types that you wish to backup. After that, click on backup to begin the process. 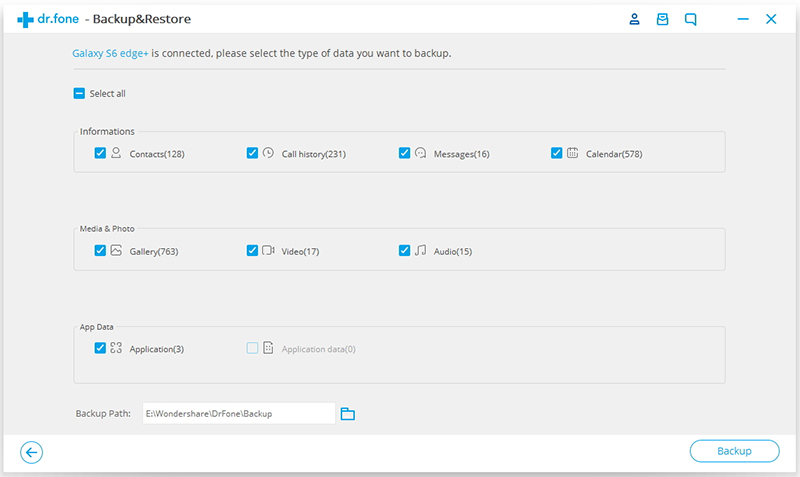 Here you have to wait for few minutes until the process gets completed. It is advised not to disconnect the device in between. 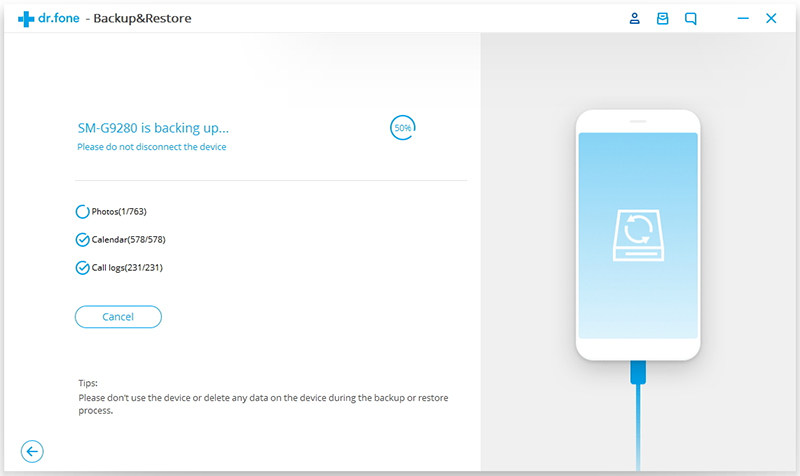 At last, when the backup is finished, you can click on View the backup button to see that you have backed up. 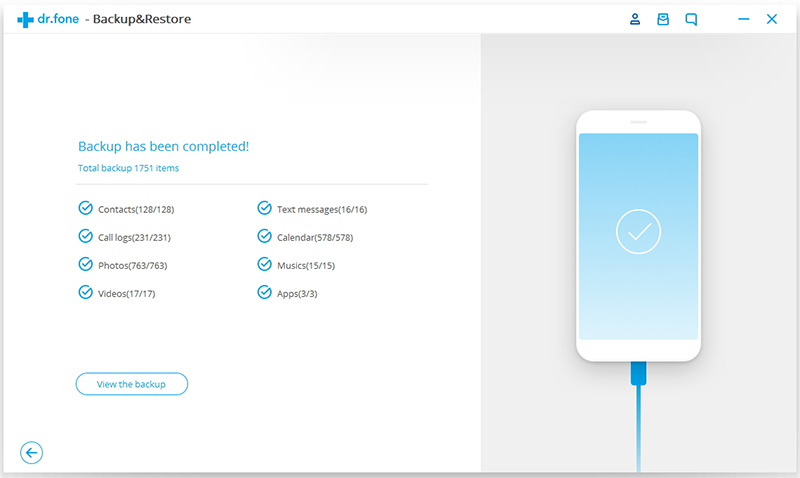 Launch the software on your PC and select Backup & Restore. Now connect your android phone to PC using USB cable. 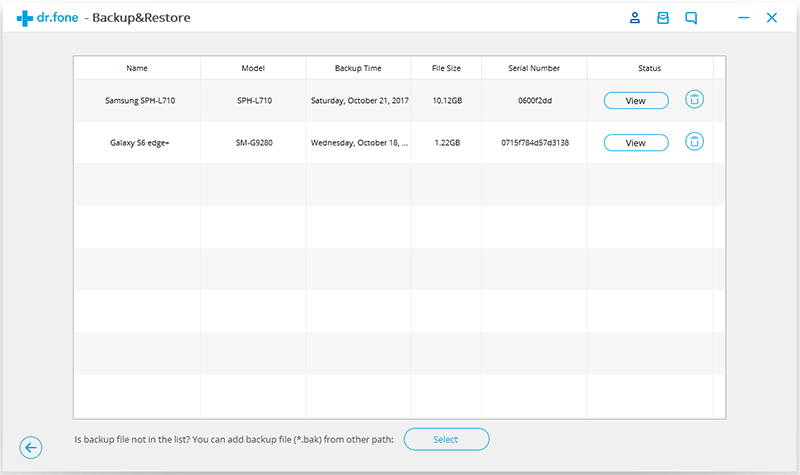 Step 2: Select the backup file you wish to restore

As soon you click on Restore button, program will display entire Android backup files on PC. From there you have to select the backup files that you want and hit View next to it. 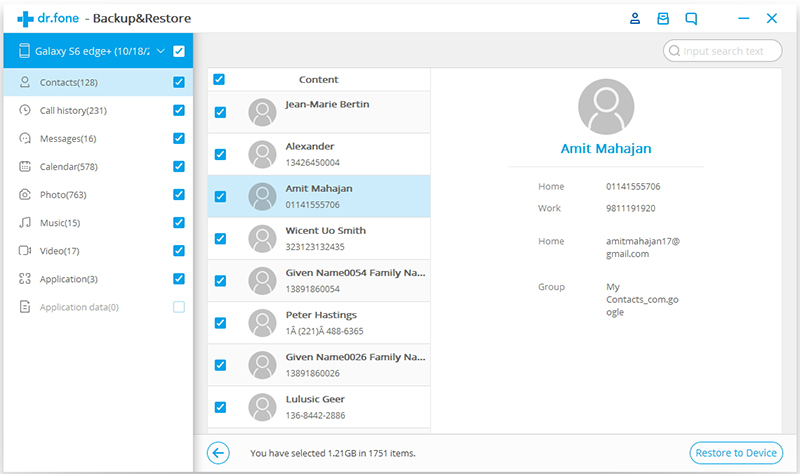 Step 3: Preview and restore the backup file to Android phone

Now you can preview each file in backup. Just check the files that you want and hit on Restore to your Android phone. 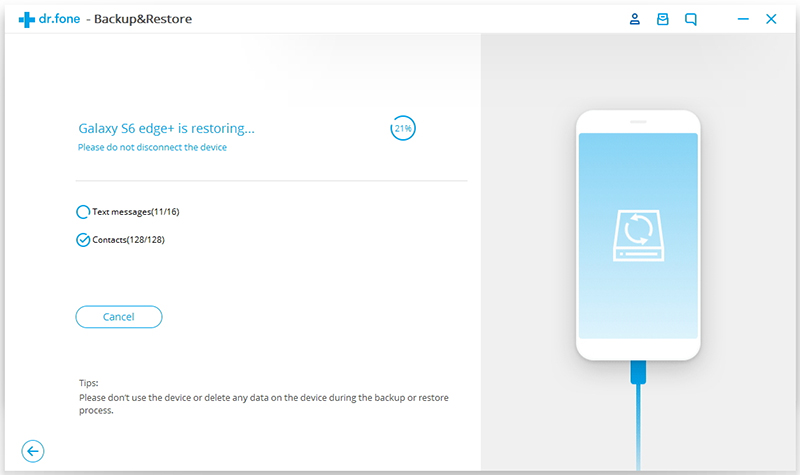 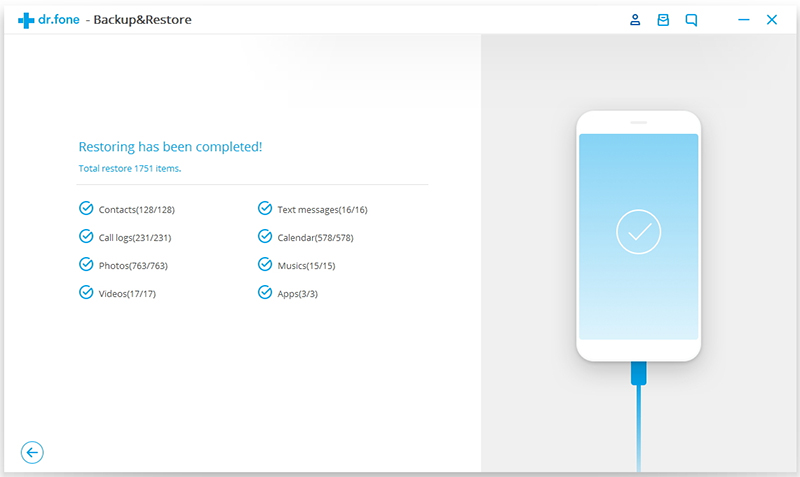 Well, Truecaller app is used widely and people love it because of its unique features. Now to provide users more, Truecaller has come up with some exciting features that would help users to backup their contacts from the app itself.

Truecaller backup and Truecaller contacts are awesome features and hope people will just love to use these features as all these are added according to users satisfaction. Apart from this app, you can also use a third party program to backup and restore every contacts and other data from your Android devices.